The Allium Ampeloprasum is a member of the onion family. it's a wild plant, known by it's common name as the wild leek.

Cultivated, we eat a 'domesticated' version that we simply refer to as 'the leek'. If you have ever prepared a freshly harvested, virgin leek for the cooking pot, you'll know that we have to cut the roots off. There is a very distinctive shoulder where the main shaft ends and the roots start. We don't eat the roots, obviously, so someone has to cut them off. Whether this is you (or your mother), in your kitchen, or the people who supply the supermarkets with pre-cut leeks, there is a job to be done. If it's for your family dinner, then it will most likely be in the single figures of the amount of leeks that you will have to trim the roots from. If you are a person who makes a living from selling leeks, you have to pay people to process leeks, thousands of them.

The labour cost for such a task is vast. It's not just a matter of giving someone a knife and asking them to cut leeks, they've got to be shown how to do it and they have to do it well. If they cut too much off, the main stem can dry out and the outer sheath will recede. This doesn't look good on the supermarket shelf. If some of the roots are left in situ, this looks messy.

Imagine an automated system that can find the exact point to cut the root off, with 97% accuracy, as fast as two leeks a second, 24 hours a day, 7 days a week if required. No toilet breaks, no viruses. 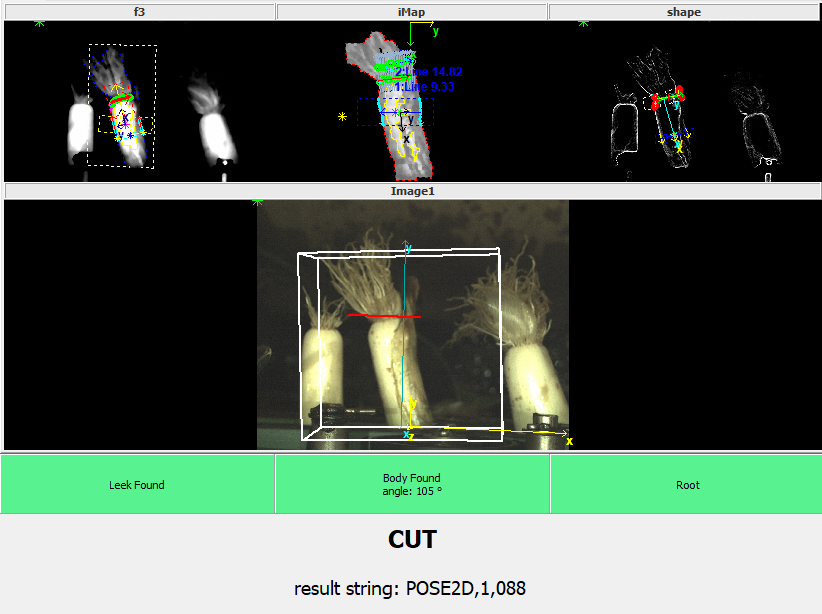